Yesterday I received a flyer in the post from a company trying to sell me electric storage heaters.  I mention this because this document was one of the worst pieces of direct mail I have received in a very long time.  It had clearly been designed by someone with little idea of both graphic design and copywriting.  It was a document which broke virtually every rule of modern marketing communications practice.  As a marketing strategist, I was so appalled I have decided to review the flyer in this blog; to point out some of the errors made; and to explain why this type of marketing activity could be both ineffective and costly. 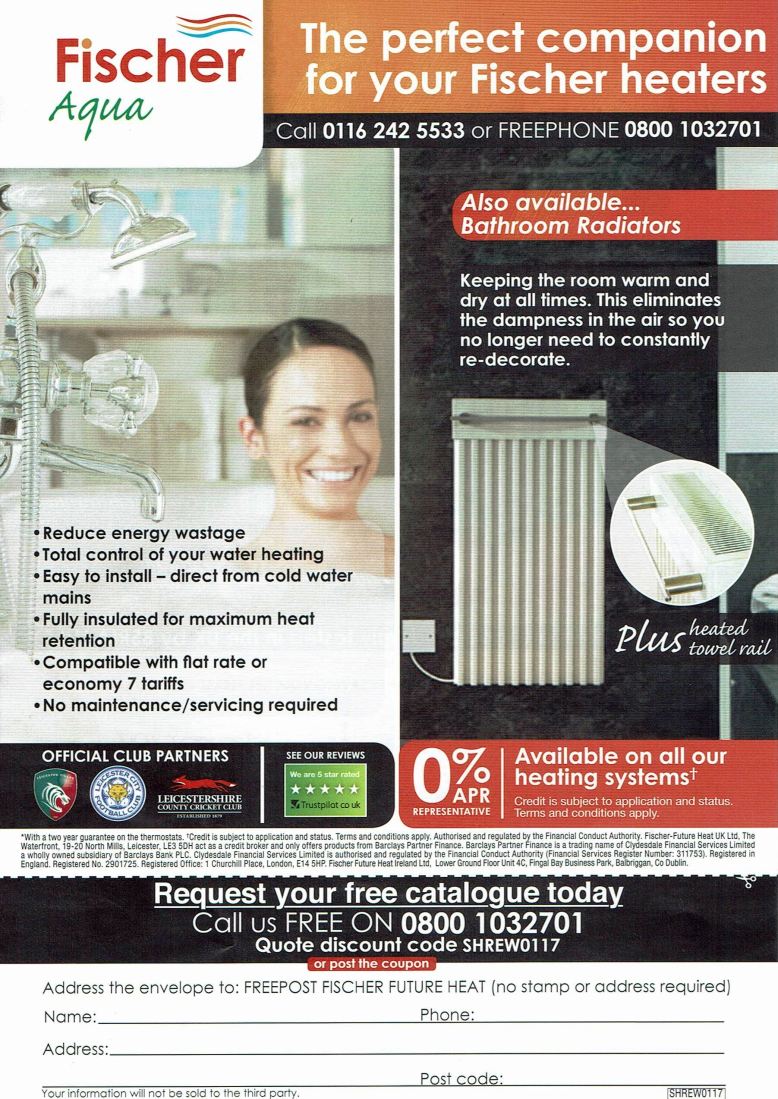 As you can see, the flyer is from a company selling electric storage heaters.  These heaters became popular in the 1960s and 1970s.  This was before the discovery of North Sea natural gas.  Most of the UK’s gas supply was produced by roasting coal in an oven to release gas.  Virtually every town had a gasworks producing coal gas which was expensive, smelly and liable to produce soot.  The post war urge to modernise houses meant a lot of consumers decided to make their homes all-electric.  Electric heating and cooking appliances were seen as clean, efficient and cheap.  Electric storage heaters had the additional benefit of being able to, as the name implies, store heat.  You could power them at off-peak hours, when electricity was sold at a cheaper price, and they would release their stored energy at peak hours.

In 1968, the market for electric heating got a further boost due to a disaster at the Ronan Point tower block in Newham, London.  A resident on the fifth floor of the block went to light a leaking gas oven and the resultant explosion caused the corner of the block to collapse like a house of cards.  Five people were killed and seventeen injured.  At the resultant public inquiry, it was shown that the high-rise block had been improperly constructed and that even storm force winds could have caused the collapse.  Planning law was changed and buildings of similar construction were banned from having gas appliances. 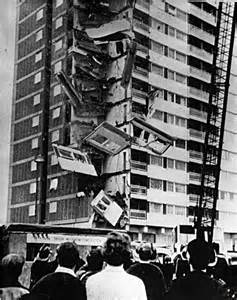 Blocks of flats and social housing across Great Britain had old gas appliances ripped out and replaced with electrical appliances, including storage heaters.

However, by the 1980s, the market for electric storage heaters had significantly declined.  North Sea gas had come on stream and there was a ‘dash for gas’.  Old electrical storage heaters were seen as bulky and ugly.  Most new homes were built to higher constructions standards and the fashion for high-rise living had waned.

You may wonder why I have given a potted history of the market for electric storage heaters?  The answer is that this should have informed the seller in their use of direct mail.

Direct Mail needs to be used strategically.  It can be an expensive marketing communications strategy.   A thousand postal flyers can cost between £250 and £500 to produce and post.  The above flyer appears to be part of a national campaign and I suspect thousands of these leaflets have been produced.  The likely lead generation from targeted direct mail may only be from 5% of the distribution.  The above firm’s response rate from a scatter gun mailing may be significantly lower.  The return on investment of the mailing may be extremely low.

It is critically important that you decide which target customer the mailing is designed to capture.  For example, I live in a modern terraced house with gas central heating.  Is this mailing directed at me or at those individuals who live in homes with existing electric storage heaters.  I suspect it is aimed at the latter category, if the supplier had carried out some market research into the homes in my area which had no gas supply, his response rate to the mailing may be higher, as would be the return on investment.

If the mailing is directed at people in my situation, who have gas heating, it should emphasise the savings I can make, both in terms of bills and energy efficiency.

Then there is the layout of the flyer which breaks virtually every copywriting rule.

The flyer is incredibly busy.  The designer has tried to squeeze in every single attribute of the product on a piece of A5 paper.  Yet the flyer is an attempt at lead generation and asks consumers to send for a detailed brochure.  The flyer should concentrate on those aspects which are important to the intended target customer i.e. that the heaters are slimmer and more efficient than older models of storage heater.  At this stage, consumers do not need to know that the heaters have a 40mm fire clay core or that they are patented in the EU.  Such information could be included in the sales brochure.

The black ‘speech bubbles’ used around the image of the storage heater are ugly and detract from the picture.  The bullet point list used to promote the bathroom heater is a more modern and visually pleasing format.  The one testimonial on the leaflet is also in a black ‘speech bubble’. It is not easily distinguished from the product attributes.

The leaflet tells me that the heaters are tested by BSRIA Ltd.  This abbreviation may be known to those in the heating industry but most consumers will have no idea who this organisation is.  Actually BSRIA Ltd are a private sector test house, run by the Building Services  Research and Industry Association (I looked it up).  No information is given as to whether the trader is a member of this association or that they simply get their heaters tested there.  This is an appalling use of industry jargon and abbreviations.

As the advertiser is trying to get a mass of information onto this small paper size, the document suffers from what is called in copywriting, header scrunching.  The company name and contact details are scrunched up to the top of the document and they lose impact.

I note that there is no postal address on the flyer (even on the freepost slip.  The company’s telephone number is shown twice and the freephone number three times.  Is this repetition necessary?  The company website address is squeezed in under the header and there is no email address.  There is also no link to social media sites such as Facebook.

The flyer includes a ‘money off’ voucher.  Is this truly necessary at this stage.  The flyer is for lead generation not sales closure.  Rather than a voucher on the flyer, it need only state that there is a money off voucher available to customers requesting a sales brochure before a certain date.

The brochure tells me that the company sponsor Leicester Football Club, Leicester Tigers Rugby Club and Leicestershire County Cricket Club.  I am sure this is pleasing if you support these clubs but is it necessary for this information to be on the flyer.  It may aid sales in that area but it is of little importance to a consumer who lives in Liverpool or Glasgow.  In fact, such sporting associations may not go down well with potential customers in places like Northampton or Coventry.

The flyer has masses of small print. Note the credit brokerage information and the details of the wireless control.  If you want a flyer to have impact potential customers shouldn’t have to go searching for their reading glasses.

Finally, what is the focus of the flyer.  Is it trying to sell me storage heaters or a bathroom radiator.  Andy Maslen, in The Copywriting Sourcebook states clearly: Keep to your main offer and forget about secondary offers.  There is no need for this flyer to say anything more than that the company also offers bathroom heaters.  The bathroom specific radiator can be cross-marketed or up-sold via the requested sales brochure or through an arranged visit by a sales representative.

The above flyer is a fine example of bad promotional practice.  It is effectively trying to sell two different products by bombarding the recipient with information.  It is also trying to attract three separate customer groups, people with old electric heating, people after a bathroom heater and people who possibly may want to switch from other forms of heating).  A separate mailing targeted at each of these groups may provide a better return on the budget invested in the promotion.

If you are going to use direct mail as a marketing communications tool:

In short, keep it simple.